On March 15–17, 2022, the Crocus Expo hosted the annual exhibition Meat and Poultry Industry Russia & VIV 2022 and the Summit "Russian Agrarian Policy: Products Safety and Quality" The event was organized by the "Asti Group" exhibition company.

One of the leading events in the industry has become a platform for a professional discussion between market players: producers, suppliers, service companies and state authorities, who faced problems and tasks of a new scale during the period of ongoing global changes. Despite the difficult economic and political situation, the exhibition engages new participants: 70% of the participants exhibited the event for the first time.

The business program started on March 15 with the plenary session on the global situation on the meat market of the Summit "Russian Agrarian Policy: Products safety and quality". The session was moderated by Igor Abakumov, CEO of the “Krestyanskiye Vedomosti” media holding. Leading industry players discussed the current situation in the beef production market, the future of poultry farming, marketing of meat products, options for adapting to new market conditions in pig production, as well as consumer preferences and factors shaping the situation in the food market. The prospects for the new season of the grain market and recent logistics problems were reviewed likewise. 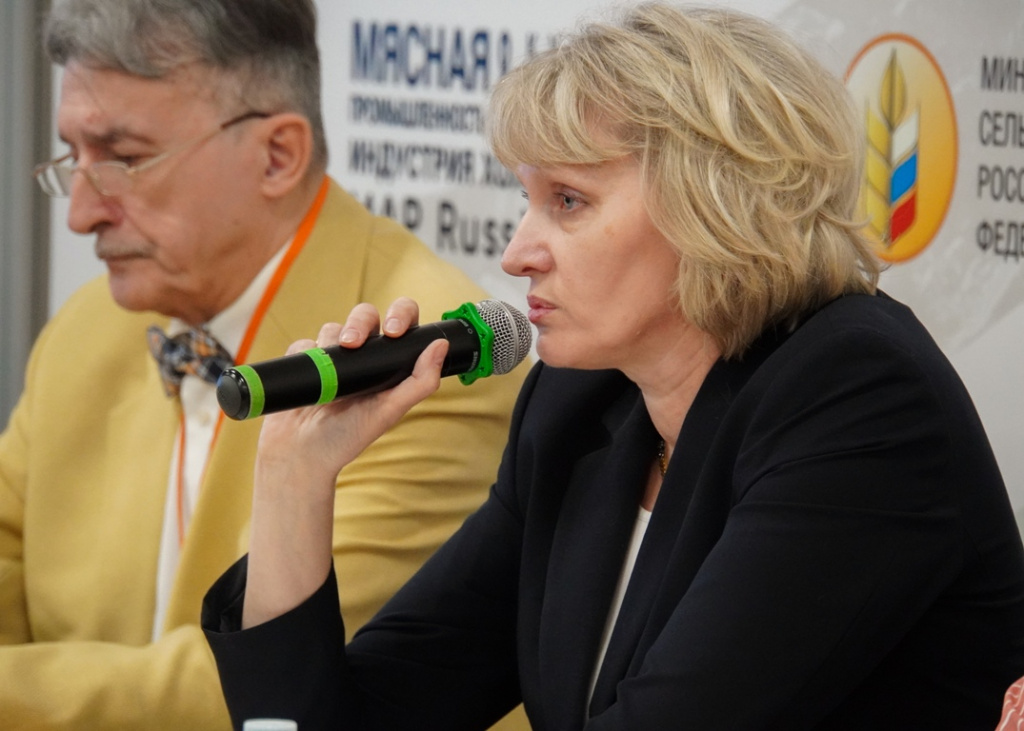 The first day of the Summit also hosted a panel discussion on export forecasts. It was moderated by Tatyana Kulistikova, editor-in-chief of the Agroinvestor portal. The participants discussed the main export markets for agricultural products in the new economic frames, export forecasts and financial support for foreign trade participants from banks that were not imposed to sanctions.

Session “Digitalization of the agro complex: challenges, prospects, solutions” was partnered by CROC IT-Company. They discussed the engineering of a digital ecosystem at complex agrarian enterprises, current solutions and experience in implementing digital control systems using the example of industry leaders. Companies respresentatives shared their vision of the development of digital processes, as well as successful implementations of new automated systems.

The second day of the Summit opened with a session organized by the National Association of Turkey Producers (NAPI). The participants discussed the plans and prospects of the turkey processing industry in the Russia and the tasks related to the basic framework of the EAEU technical regulations on the safety of poultry production and processing.

The same day held various industry meetings. At the session on Pig breeding, the issues of converting high genetic potential into additional profit and plans to reduce production costs were raised. Participants of the session on Poultry farming discussed feed production technologies and current possibilities for processing poultry wastes for food purposes.

The third day of the Summit was dedicated to one of the most actual subjects — legislative support for the development of a continuous cold chain for the circulation of perishables in the Russian Federation. The session was moderated by the President of the Association of Food Sector Organizations (ASORPS) Mikhail Sinyov. Various complex and important issues in the new conditions were considered at the session organized by ASORPS. Among them, the storage of meat products in the wholesale and retail chains, the use of a continuous refrigeration chain as the basis for maintaining the quality and ensuring the safety of food products, the role of Russian Railways in the formation of the cold chains in Russia, requirements for vehickles, the formation of a unified system for monitoring the conditions for transporting perishables and other important issues.

Rosselkhoznadzor (Federal Service for Veterinary and Phytosanitary Surveillance) departments and units, represented at the exhibition by a single stand, organized several sessions as part of the business program. Participants discussed the new legislation on circulation of feed additives, measures to control the content of pesticides in feeds. The epizootic situation on economically significant and dangerous animal diseases was talked at the round table "Development of poultry and livestock in the context of product safety and quality, animal health and the export potential of Russia", as well as the issues of vaccine prevention of diseases and the problems of antibiotic resistance in industrial pig breeding.

Tasting competition for the best traditional product became a bright spot of the event. It helped to reveal companies that discover and implement new promotional opportunities for Russian producers. Leading trademarks such as "Outskirts", "Rzhevskoye Compound", "Indilight", "Ozerki" participated the competition. The jury faced a hard task of specifying the best of the best. The following companies were awarded upon results of competition: the highest quality rating was received by DAMATE Group of Companies, Novie Fermi, Novie Utinie Fermi, MPZ Bogorodsky, DANTON-PTITSEPROM.

Asti Group exhibition company has already announced the dates for 2023 event. The show will be open from 30 of May to 1 of June 2023. We look forward to seeing you in Crocus Expo!

Meat and Poultry Industry Russia exhibition has been held in Russia since 2001 and became one of the important industry platforms for showcasing innovative and advanced technologies for the production of safe and high-quality products: from equipment and technologies for livestock management, feed production and processing of raw materials to promoting goods to foreign and domestic markets. Since 2004 the show is held in partnership with VIV worldwide.