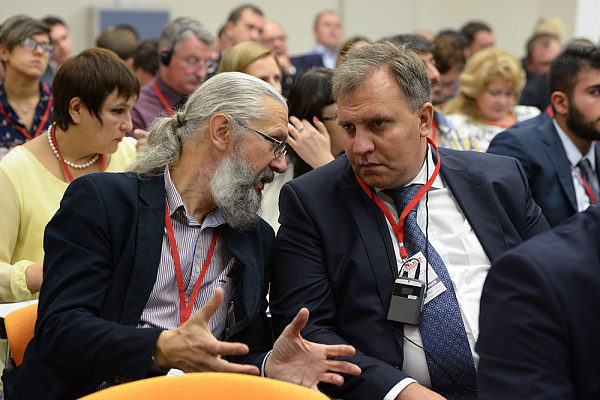 Studies made by the United Nations have showed that the annual requirement for plant and animal proteins for nearly 7.3 billion people in the world is about 202 million tons.
According to the UN forecast, the world population will grow to 9.7 billion people by 2050, leading consequently to the growth of demand for proteins. The production of plant and animal proteins in Russia is developing similarly to the world trends. Thus, the output of meat from cattle and poultry for slaughter has grown by nearly a third over the last seven years - to 14.9 million tons on the live weight basis. The RF Ministry of Agriculture estimates this output to grow by more than 1.5 million tons by 2024. The crop-producing sector is not inferior to the meat industry in terms of the development rates too. But, safety and quality of these products is the main concern in the attempt to provide the consumers with proteins.

High-quality feeds are required in order to obtain high-quality animal protein. By 2025, the requirement for them will increase to 60 million tons from 42 million tons in 2018.That said, only two-thirds of the required output will be satisfied by own production - both now and in six years. The industry specialists also note a trend for increasing the nutritional value of feed by adding of additional amounts of various amino acids, vitamins, minerals, enzymes, etc. to their composition.

How can we solve the problem of feed protein deficiency? What can improve the quality of the feed base which serves as the basis for the production of proteins? What role do essential amino acids play in the adequate nutrition of poultry and livestock? What are the new trends in the field of industrial biotechnology appearing now on the market? What are the prospects for obtaining high-protein crops in the crop production for feed and food protein? These and many other issues related to this line of business will be discussed at the summit "Russia’s Agrarian Policy: Present and Future” which will be held on May 29, 2019 at Crocus Expo International Exhibition Center. The host of the meeting is Asti Group, a company having 18 years of experience of exhibition promoting activities and partnering with the largest Western exhibition venues, including the Dutch VIV partnership dating back years.

However, in order to be able to feed the growing population of the planet, there is an urgent need to develop more environmentally friendly, reasonable solutions that at the same time will allow to continue to produce relatively affordable, but high-quality protein required for nutrition, without causing climatic, environmental and economic problems," said the Head of Asti Group Nariner Bagmanyan.

The invited experts and market players at the summit will tell about such decisions, as well as about the state and prospects of production of animal and plant proteins in the world and in Russia, about the development of the industry for deep processing of crops, as well as about the technological features of the production of high-quality meat and bone meal. Besides the representatives of the Ministry of Agriculture and Rospotrebnadzor, Daniel Berkovici, President of the International Feed Industry Federation (IFIF); Valery Afanasiev, President of the Non-profit organisation "Union of Compound Animal Feedstuff Producers”; Virgisnijus Slausgalvis, Director of Business Development of the Baltic Region and CIS Countries of Innovad Company (Belgium); Julian Wiseman, Professor of Animal Husbandry of the US Soybeans Export Council; Svetlana Barsukova, General Director of Agrosila Holding Company; Ramilya Muratshina, Chief technologist of Chelny Broiler and Chelny meat-processing factory and others will participate and make presentations at the event.