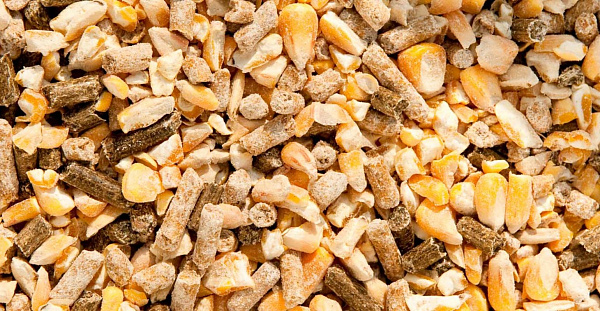 The Russian feed industry pushes through the pandemic smoothly, not experiencing major supply or production disruptions, and the outlook for 2021 is good, Seghey Mikhnyuk, chairman of the Russian Feed Union, said.
In 2020, Russia produced approximately 30-31 million tons of feed, compared to 29.6 million tones in 2019. Production is not forecasted to grow sharply in the next few years, partly because Russia has achieved self-efficiency for most protein sources, Mikhnyuk said

“Besides the Russian livestock industry is getting more effective, which means that we require less feed to produce meat and milk. This trend is gaining momentum, and it will constrain production growth,” Mikhnyuk said.

On January 18, Russia began a nationwide vaccination campaign against COVID-19 with Sputnik V vaccine, which is expected to curb the coronavirus epidemic in the country and let the authorities gradually withdraw quarantine restrictions in the coming few months. According to Mikhnyuk, vaccination will definitely help the Russian feed industry’s prospects.

“However the most positive effect we would see when vaccination paces in the European Union countries catch up with those in Russia,” Mikhnyuk said, adding that Russia is still highly dependent on feed additive imports.

In the past fe months lockdowns in some European countries started to affect the Russian feed industry due to absence of containers for feed additive transportation, Mikhnyuk said.

There are quite a few containers stuck in Europe with no cargoes to fill them and this caused some supply disruptions in the Russian Feed additive market.

In addition, The Russian ruble’s exchange rate and its fluctuations which have been a big factor affecting the Russian Feed industry, are expected to settle down in 2021. According wo Mikhnyuk, this could bring some price relief to the Russian feed market, where prices have been seen steadily rising during the past year.

In December 2020, Russia also eased restrictions on imported GM feedstuffs. This decision is expected to be a crucial factor for the Russian feed industry in 2021, Mikhnyuk said. Bur so far, it has failed to lower feed prices in the country, he added.