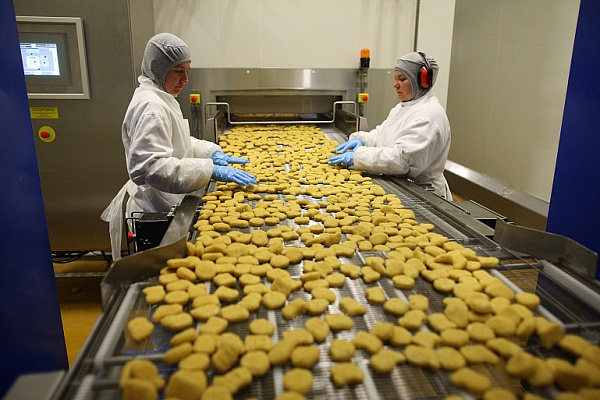 Acquisition of facility in Efremov will expand Cherkizovo’s value-added portfolio and reach into foodservice channel
Cherkizovo Group, the largest vertically integrated meat producer in Russia, signed a preliminary agreement with Cargill to acquire its chicken processing facility, located in Efremov, in the Tula oblast.

The deal is subject to regulatory approval from respective Russian authorities and, if approved, is expected to close in a few months.

Cherkizovo CEO Sergey Mikhailov, in a press release, commented: “We are excited to add another asset aimed to foodservice clients to our portfolio. Being a vertically integrated meat producer, we see significant synergies of a newly acquired plant with our existing supply chain, and have plans to increase capacity at this particular plant over time. This acquisition fits well with our strategic plans to increase our share of value-added products and broaden our presence with foodservice clientele, transforming this channel into a significant revenue stream for the company.”

Cargill officially opened the chicken processing facility in Efremov in 2013. This $40 million facility was Cargill's first primary chicken processing operation in Russia, and was initially to predominantly supply McDonald's restaurants in Russia with Chicken McNuggets, as well as other chicken products.

The facility has the capacity to produce 18,000 metric tons annually of high-quality, further-processed chicken products.

At the same time Cargill announced the opening of the Efremov plant, it said it was developing new supply partnerships with Russian poultry growers to ensure the locally sourced chicken meets quality, food safety and animal welfare requirements.

Presently, Cherkizovo Group is the largest poultry company in Russia, the third largest in Europe and 16th largest in the world, according to the Poultry International Top Companies rankings. In 2018, the company slaughtered 397 million broilers. Cargill, headquartered in the United States but with operations in multiple countries, ranks as the 12 largest broiler company in the world, having slaughtered 557 million broilers in 2018.

Both Cherikizovo and Cargill are diversified agrifood companies, with a presence in the poultry, pork, and feed and grain industries.